1.) Notice is hereby given in accordance with the provisions of section 12(3) of the Local Government: Municipal Systems Act, 2000 (Act No 32 of 2000) that the Council of Mangaung Metropolitan Municipality intends to amend the following set of existing by-laws:

2) The proposed amended versions of by-laws are published for comments and copies thereof may be obtained and scrutinized at the following places:

3) Public Hearings for members of the Community will be held as follows: 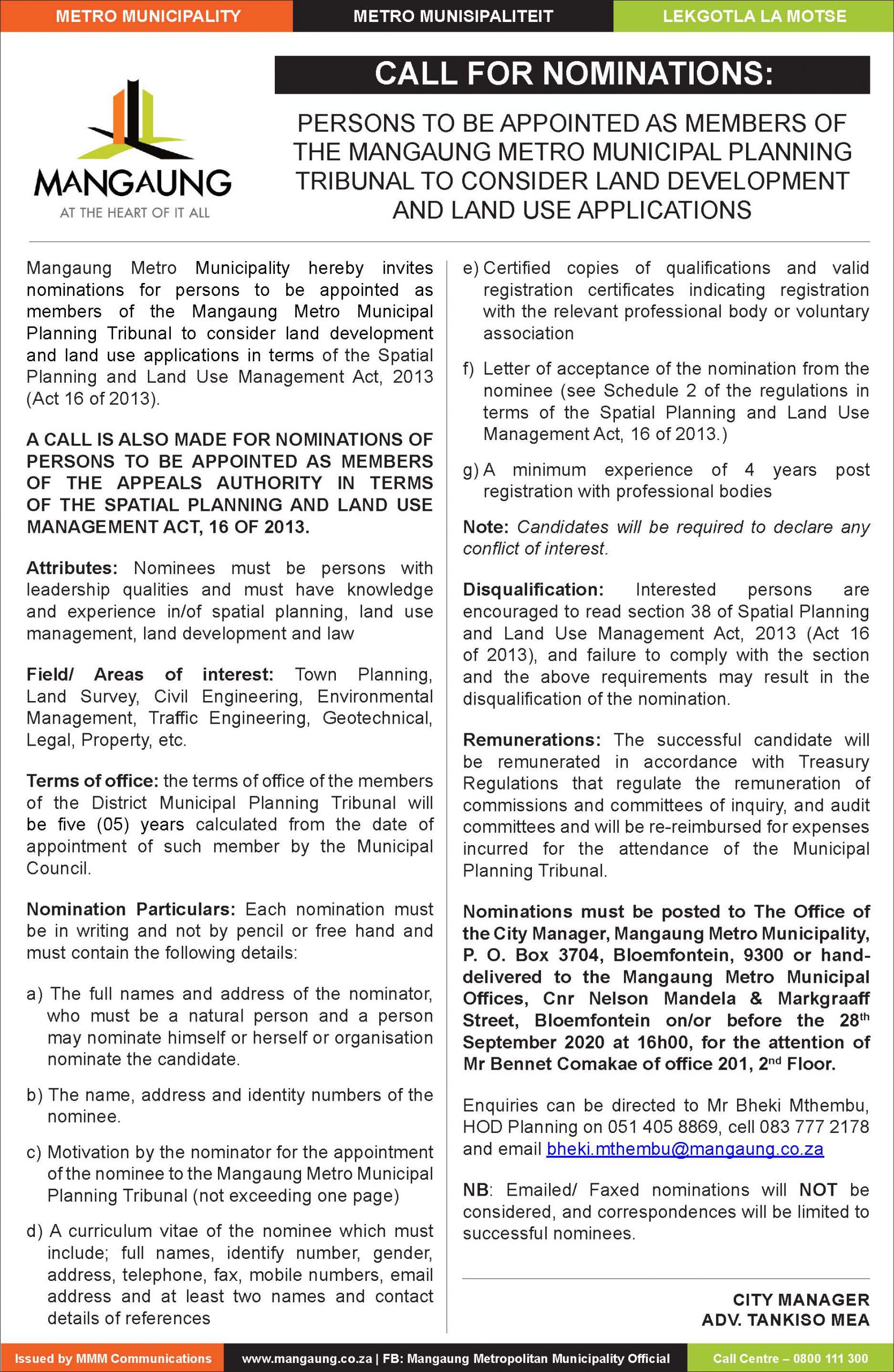 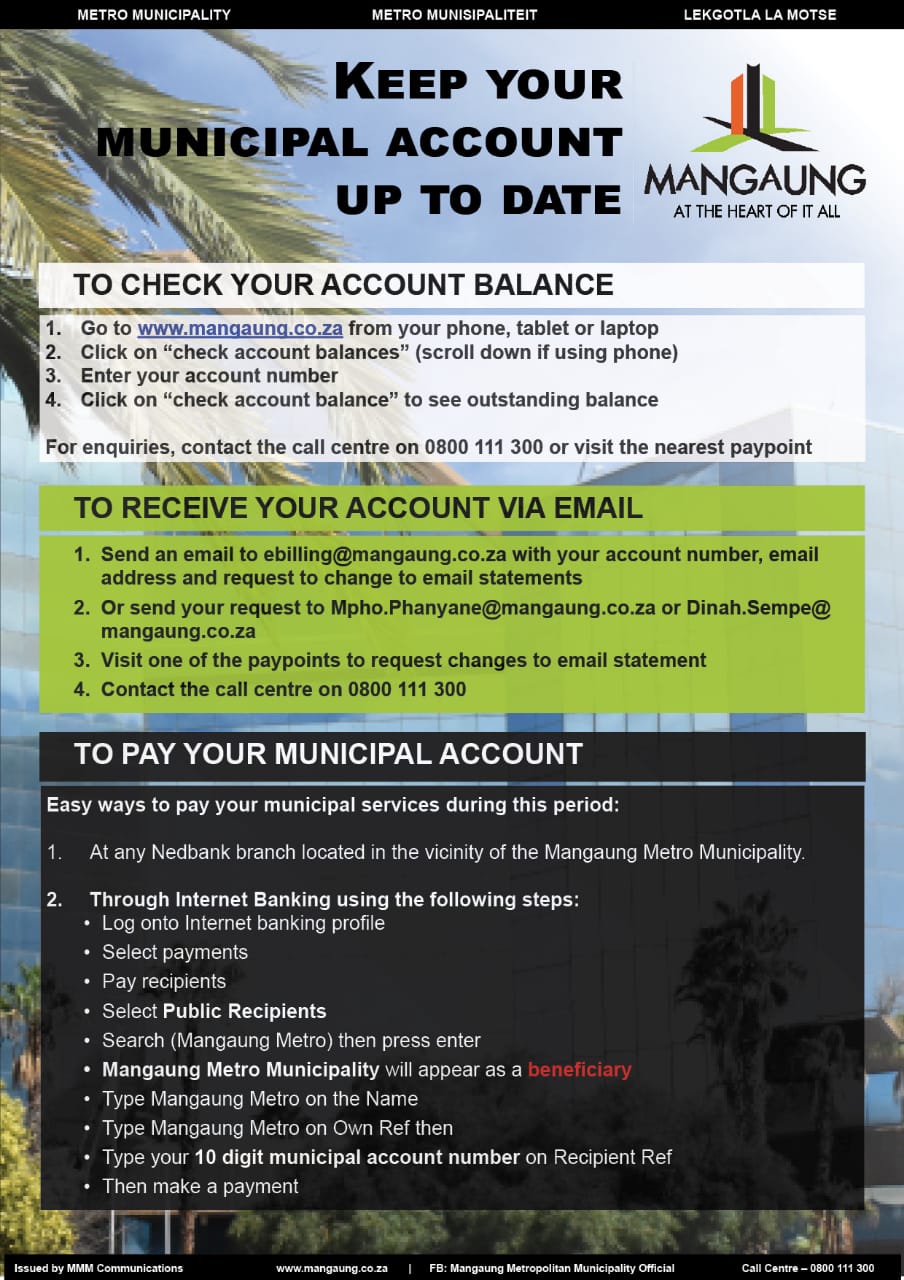